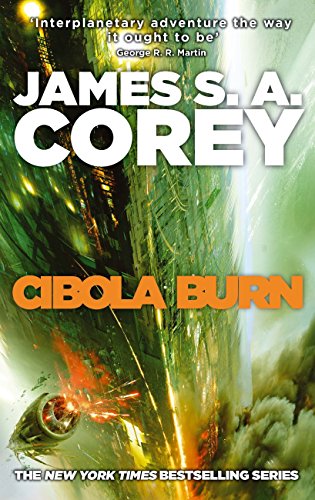 
As a result, their latest outing is split between several major storylines, all of which support the novel nicely, but feel a bit scattered between the major arcs. On one hand, Corey presents a careful look at the racism that has underlined most of the novels so far in the series.

Along with physiological differences between Earthers, Martians or Belters, there's an undercurrent of racism between each group, and here, it comes to a head, with an Earth-based security team facing down a Belter colony. The message is implicit here: humanity will bring some of its worst traits far into the future, where differences will fester when there's someone who's slightly different, whether it be in skin color, upbringing or language.

Corey plays this out with no clear angles: the Belters have sought out a new home where they wouldn't have to worry about a hole in the side of their station or spacecraft; a place with air over their heads, and a real opportunity to live in a gravity well, and when that's threatened, they go to extreme measures to protect themselves. On the other side, the RCE and its personnel are focused their mission to survey the planet, and enforce their charter. It's a complicated situation with no clear good or bad. The absence of black and white makes it easy for Corey to address the range of complicated issues in a frank and realistic manner, which makes this book and its predecessors interesting to read over and over.

In Cibola Burn, a Space Colony is Torn Apart by Racism from Earth

Corey shifts, largely for the first time, much of the action to the surface of a planet, outside of the spacecraft in which most of the story has already played out. It's a nice change of pace, and it's outstanding to see the pair flex their world building muscles with the world of Ilus. It's an interesting world, with enough detail to linger with as we explore alien ruins and artifacts, as well, as some of the specific elements which hint at greater things to come in the series.

This drama plays out planet-side and in the space above: Murtey and his team on the planet face down a terrorist threat against their mission, while Dimitri Havelock Miller's former partner , works security on the Edward Israel, where he forms a small, ship-wide militia in the event that things go south. South they go, as the Belter ship in orbit, the Barbiapiccola, the Edward Israel and the Rocinante fall into a sort of hostile dance as events unfold below.

The other major storyline brings to light some new insight into the gate builders. Miller, perpetually in Holden's head and, as we learn, isn't a real hallucination , guides the Captain along as the planet begins to wake up.

The RCE scientists are there to examine the long-dead remains on the planet and the installations in orbit. Alongside the human drama that's playing out, Corey drops some dark hints at the larger picture. This is bad juju. Something wrong happened here. What you should do is tell everyone to leave. 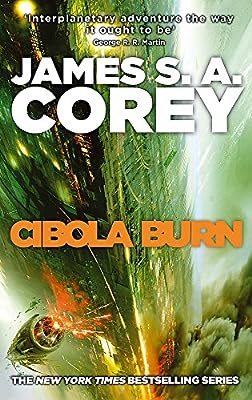 The gates have opened the way to a thousand new worlds and the rush to colonize has begun. Settlers looking for a new life stream out from humanity's home planets. Ilus, the first human colony on this vast new frontier, is being born in blood and fire. Independent settlers stand against the overwhelming power of a corporate colony ship with only their determination, courage, and the skills learned in the long wars of home.

Innocent scientists are slaughtered as they try to survey a new and alien world. The struggle on Ilus threatens to spread all the way back to Earth.